I didn’t start out this way in my dating life. I met a guy when I was sixteen, got married at nineteen, and divorced by the time I was twenty two. No one saw that coming, I’m sure. In actuality I’m positive everyone saw that coming except me.

I fought with monogamy for many years. That’s what was “normal”. That’s what was “acceptable”. That’s what I was “supposed to do”. Even most of you reading this right now are thinking, “Well… yes,” and wondering where I’m going with this. I grew up in a strict religion that would have never heard of anything beyond a man and a woman being married. No sex before marriage, no gay marriage, chaperoned dating; that type of “strict”. So the idea of polyamory wasn’t even on my radar. All I knew was that I was searching out my soulmate, which is what I was supposed to do. I was supposed to find that one person who would fulfill all my needs – friendship, romance, everything. 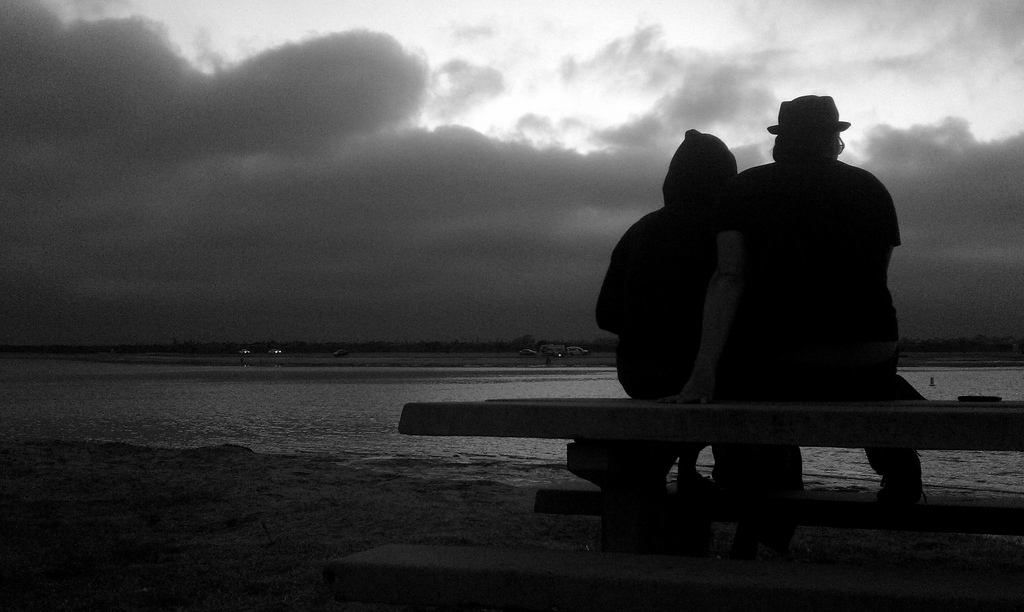 When I was twenty six, I married a man with three sons. I was happy enough, but there was a lot that went on in our marriage that made me unhappy. I knew after our son was born that we were all staying together anyway, for better or worse. I loved my stepsons and I felt that I’d already seen the horrors of blended families and I didn’t want to subject my son to that. It was with these things in mind that we embarked on a polyamorous journey about four years into our marriage. I was thirty and hoped for it to be one of the best years of my life.

The thing to remember about polyamory is this – it means “many loves”. That’s one of the most important things about it. It does not mean “much sex” or something along those lines. Polyamorous people, in general, are quite simply looking for lasting, loving relationships with more than one person. Finding other people who felt the same was more difficult than I imagined.

Where do you begin dating when you are married already? Well, we tried websites like OKCupid and Meet Me. We tried talking casually to people at work about it. We also talked to friends whom we’d been interested in, but who were always off the table while we were monogamous. Our first foray into polyamory was unique and involved my husband’s first wife, the mom of my stepsons. In theory it made sense. They still cared for each other, and the kids were psyched we were all spending so much time together again. They had everyone they loved in one place most times, and so when she lost her housing during one summer, we offered her a temporary spare room. That lasted for a while, but ultimately didn’t work out and so my husband and I were back in the dating pool again.

My experience with telling men I’m polyamorous was different than the reactions my husband got. Most women hear “polyamory” and immediately translate that to “cheating”. And in some cases, you ladies are probably right. I’m sure there are men out there, I’ve met them myself, who don’t put pictures up on their online dating profile and who are using “open marriages” as a way to cheat. My ex wasn’t doing that. Many other men who are polyamorous, truly polyamorous, are not doing that. And the ones who are will usually be easy to spot within the first few messages. Men, on the other hand, seem to take polyamory as an invitation to blatantly sexualize me and assume that I’m up for anything. The first man I dated went on two “dates” with me (one of which was simply us hanging out at his apartment awkwardly and watching a movie) and then stopped talking to me when he found out we weren’t going to have sex any time soon. I never heard from him again.

It did take a while, but my husband and I eventually have started to find those “many loves”; just not in the way we originally thought we might. But that’s a story for another day.
Polyamory is still a new term to many. It’s something that deserves thought before either getting into or rejecting. Before I knew there was a term for how I felt, I simply felt lost. Perhaps someday fewer people will have to feel that lost feeling, as polyamory becomes a better known and accepted term.

Christmas! It is my favorite time of year. When Christmas comes to mind, so do all the traditions that come along with it. Some of them are old that stem from my…