I had the pleasure of chatting with Ali Wallace, currently Miss Oregon. Early September she will head to Atlantic City to compete in the Miss America Pageant. Ali is a beautiful, smart, young woman who also happens to have an invisible injury that she struggles with every day — a traumatic brain injury (TBI). 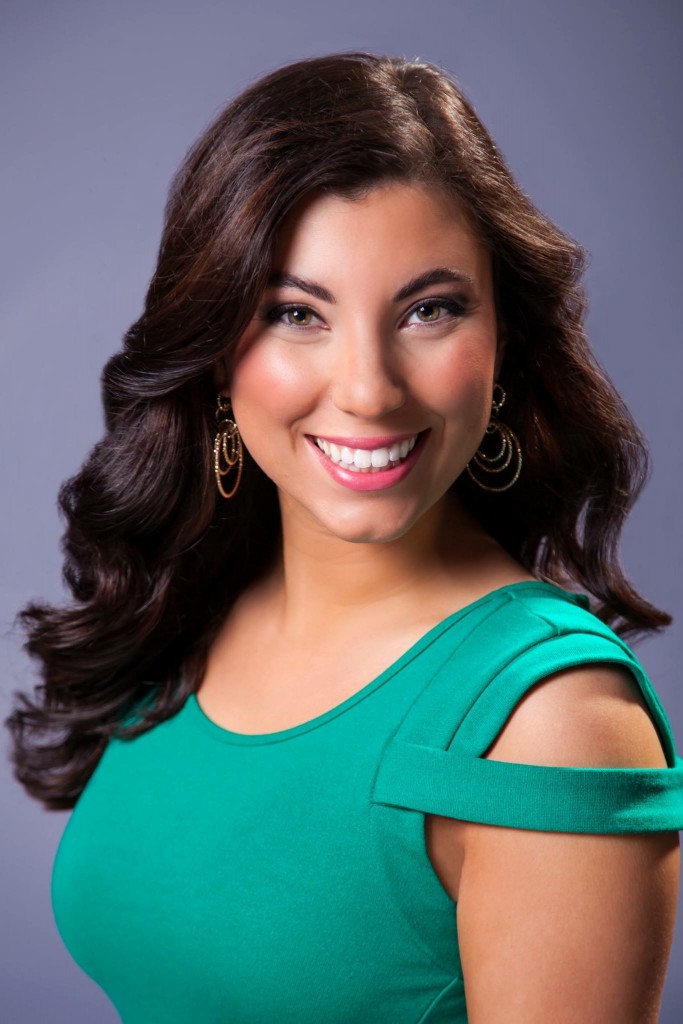 In her freshman year of high school, she made the varsity Cheer team. This was a very distinct honor not given to many freshmen. She felt a bit of pressure to keep up with the other girls on her team and would practice her tumbling skills outside of practice.

One afternoon, she was at the dance studio working on her round-off back tuck. She wasn’t comfortable with this move yet, and she became nervous in the middle of her flip, resulting in her falling to the floor. She landed half on the mat and half on the hardwood floor, with the back of her head/upper neck hitting first. Her mom saw it happen and rushed over to assist her.

Ali immediately knew that something wasn’t quite right.

She had completely lost vision in her left eye, and had decreased vision in her right. She was seeing stars and feeling woozy. Her mom called the nurse line to see if they should bring her in to see a doctor, and was assured that she should be fine–and to just go home and rest. In fact, Mom was told not to bother bringing Ali in to the clinic.

Her accident occurred in 2009, a time when concussions were “no big deal,” a time when athletes were sent back on the field to play, and a time when doctors didn’t understand that there might be long-term lasting effects.  Even today, many people can misunderstand concussions, including medical professionals.

While legal help in injury cases have increased awareness  and as NFL players come forward and tell their stories, this isn’t enough. When the average person hears the word “concussion,” he or she might think it’s no big deal. When people hear the words “traumatic brain injury,” they imagine the worst-case scenarios –people who are in a coma or confined to a wheelchair. This simply isn’t the case, as one can see while looking at Miss Oregon.

More survivors of concussions need to step forward and shed light on the issue, which is exactly what Ali is doing. She is using her platform at the Miss America competition to bring a face and a voice to this debilitating injury.

The day after her accident, Ali’s entire body ached all over. Light hurt her eyes, sounds made her head throb, it hurt to read, and she was feeling dizzy and nauseous. Her mom once again called the nurse line, and finally Ali was instructed to go see her doctor.

As soon as her primary doctor saw her, he knew something wasn’t right. He ordered a brain scan, which showed some minor bleeding on her brain. While it didn’t require surgery, Ali was told she had suffered a traumatic brain injury. She was instructed to take an entire month off of school to rest and recover.

Ali said, “When I took a month off of school, there was a combination of jealousy, and those who thought I was just trying to get out of going to school. You can’t see a concussion, it’s not like a broken arm where you can see it’s broken.”

At her follow-up appointment, she wasn’t able to see her regular doctor. This doctor now told her “If you can put on your makeup, then you are fine.” His statement stunned both Ali and her mom.

Sadly, this is an all-too-often generalization: If you look fine, can talk and walk, then you must be okay. It is extremely frustrating to survivors, and can be quite disheartening.

Ali continued with her follow-up appointments, seeing her regular doctor. She was still feeling dizzy and nauseous, and was told that it could take about a year to get back to feeling normal. While her friends were out having fun, she spent her entire summer break resting in a dark, quiet room, trying to give her brain adequate time to heal and recover.

After missing an entire year of Cheer, her doctor cleared her to return. Ali shared that mentally she was never able to do tumbles again, as she always had a small fear in the pit of her stomach. She didn’t want to risk another bad landing and injure herself further. Regardless of her fears, she put her best effort into Cheer, and continued to thrive during her last two years of high school.

Six years later, Ali continues to struggle with the after-effects of her TBI.

She has frequent headaches, and she lacks depth perception in her left eye, which causes her to sometimes run into doorways or other objects that are on her left side. She has a lot of balance issues, which has put a damper on her dancing. She struggles with aphasia (being able to recall words), and has mastered the art of redirecting her sentence, using a different word. She also gets lost while driving, often having to pull over and try to figure out where she was headed by looking at her calendar.

Her biggest fear in the Miss America competition is being perceived as not being intelligent, especially when she can’t come up with a word quickly enough. “It’s embarrassing to be stuck in the middle of a sentence and not be able to think of the right word.”

Those who have never struggled with a TBI have no idea how frustrating aphasia can be, and outsiders who see a very pretty face sometimes make unfair assumptions and judgments.

Ali uses lots of lists to cope with her memory problems, spending time each night before bed writing down what she needs to do the next day. She continues to have sensitivity to light and sound, and struggles to remember people’s names. Overall she is doing great, and will be attending Portland State next summer to finish her BA degree. She plans to pursue a Masters of Film degree from the University of Southern California.

When she picked talking about TBI as her platform, she wanted to bring awareness to a topic that nobody is talking about. She has personal, first-hand experience with it, and is a cause that she wants to continue to shed light on and support.

Her biggest message she wants to bring the world is this: “I want people to understand how serious TBI is. When the conversations of brain injuries come up, I want it to be general knowledge of how serious and complex the injury is. No two brains heal alike, and it’s not like a bone where the standard recovery time is 4-6 weeks. The minimum recovery time for a very mild concussion is three months. Unfortunately, there is no formula to know when you’ll recover or heal.”

Not gonna lie, winter is tough for me. I am mentally devoid of anything new and exciting to share with y’all, because snow. So I’ll write about something that you might have…