My inspiration for photography came to me on a Wednesday in Venice Beach. Inspiration is a funny thing—it happens whenever it wants, without any possible warning at all. Suddenly, it’s just there and it refuses to be ignored. My mother, my sister, my niece and myself had taken a bus all the way from our hotel at the Hilton at LAX to Venice Beach. The day before we had visited Santa Monica and prior to that, we spent the day at Universal Studios. But it was something about the raw, unrefined beauty of Venice Beach that inspired the artist in me. I find myself thinking back on that time, armed with only a 5mp camera phone and not nearly enough memory in the phone to capture everything that I saw.

This place was happening. 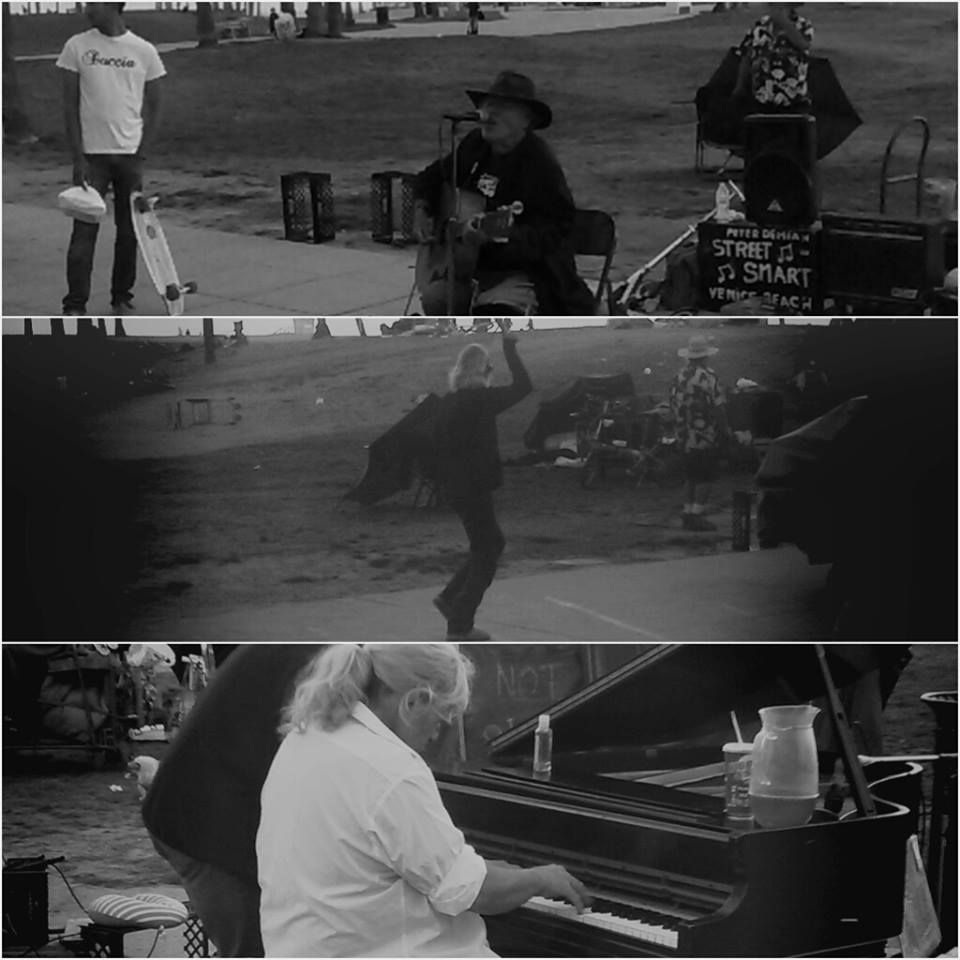 During most of the trip, I was being rushed along from taking pictures and listening to musicians with songs deep in their hearts performing for mostly indifferent strangers. I wanted to say to them “I hear you! I feel you!” There was no way to take in and absorb everything that I was seeing. Picture that it’s late afternoon, and the sun is only slightly lower than it was earlier. The sky is a brilliant shade of blue with a faint glow of orange on the fringes of the horizon. I remember the sound of skateboard wheels against the asphalt of the skate park there and the occasional grunt from someone who missed their jump.

There was a homeless man sitting with his back against a palm tree watching the world around him and then there was me. My mother and sister were shopping for handmade cellphone covers and I finally had some time to walk and take pictures without being prompted to hurry up. I saw an old man in a black fedora with a slick white ponytail laying against his shoulder soulfully belting out “Hallelujah” while a woman in torn black leggings, a fanny pack swaying in her roller skates joined him in song. A white-haired woman in a white cotton button-down shirt was playing the accompaniment on a slightly out of tune piano. There were a few couples caught in the moment embracing each other and swaying to the music. And me? I was in awe. I was in my space and I was excited—and damnit, I had a low memory warning icon on my phone!

A few feet away from me, a man broke out in dance and began twirling to the music with the sun setting behind him. A woman and her husband were selling colorful paintings on an acrylic splattered tarp. 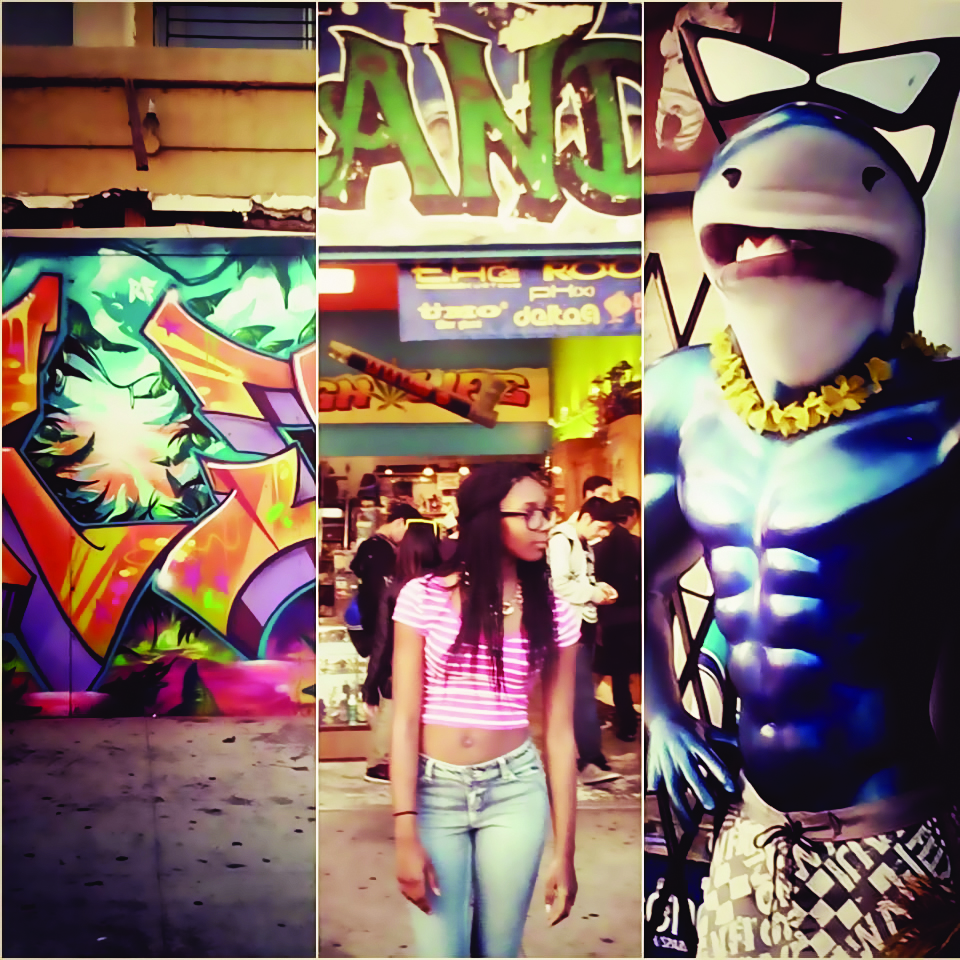 Venice was my moment! I stood in the Pacific Ocean with my skirt hiked up around my knees and feeling like I belonged there. And maybe it wasn’t a permanent thing—me being there. But I was supposed to be there to discover something in myself that I had misplaced. Me. My wonder at the world. Hope that the situation I found myself in that year wasn’t going to be my ending. I found that laughing girl who liked bright colors and music that makes you cry—the girl who likes eating too-hot pizza and any reason to drink wine. I found life outside of what I believed it would be. And I had never been more confident than when I am behind my camera.

We all have that little fire burning inside of us waiting for a spark to ignite it. No, you don’t have to travel across thousands of mile or oceans to find it (though if you have the money and the ability—I say, go for it!). Inspiration is everywhere. We, as women, have to be open to it. So many of us are mothers and caretakers and our lives revolve around nurturing other people—because we love them and it’s what we do best!

I have found a new appreciation for life behind my camera. And while I am still making my tentative steps out there, it is my profound hope that I can encourage and inspire women to take those steps along with me. 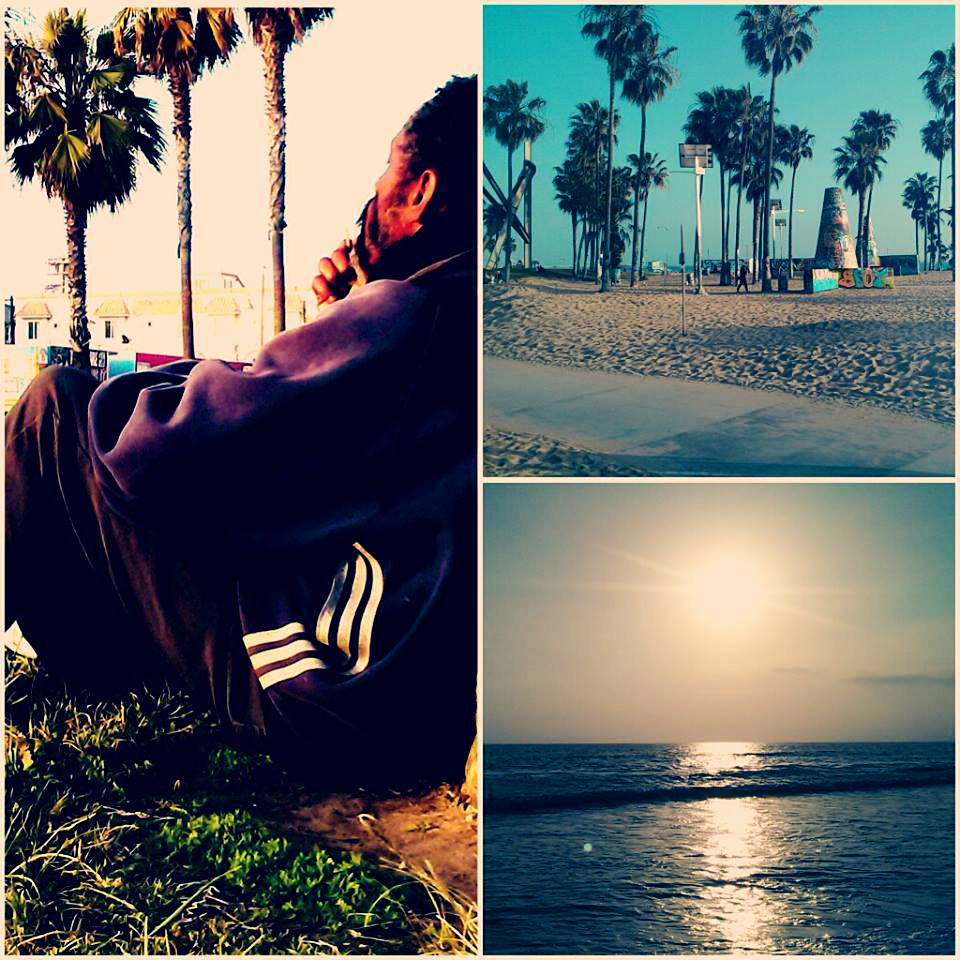 I remember one of my biggest frustrations when I had Alexa was that I couldn’t get anything done. This new wiggly little girl just wanted to be held and rocked and loved ALL.DAY.LONG….