I have a friend, Krista, who had a baby last month. The fact that he is so adorably cute you want to steal him and raise him as your own is besides the point, because today we focus on his mommy’s ‘audacious’ behavior.

Yesterday, Krista posted a photo of herself breastfeeding her little month-old nugget inside a Target dressing room, with the caption: “Walking past the formula section made me very thankful that my body is capable of providing free nutrients for my baby. Holy $$$ #breastfedbaby #theyhaveapurpose”

I have attached the image below (with permission from my friend) and you can surmise for yourself that there really isn’t much to see, besides some side boob. The most offensive thing to me is that she didn’t take a straighter photo, with her being a photographer herself, I mean, the leading lines are driving me nuts. 😉 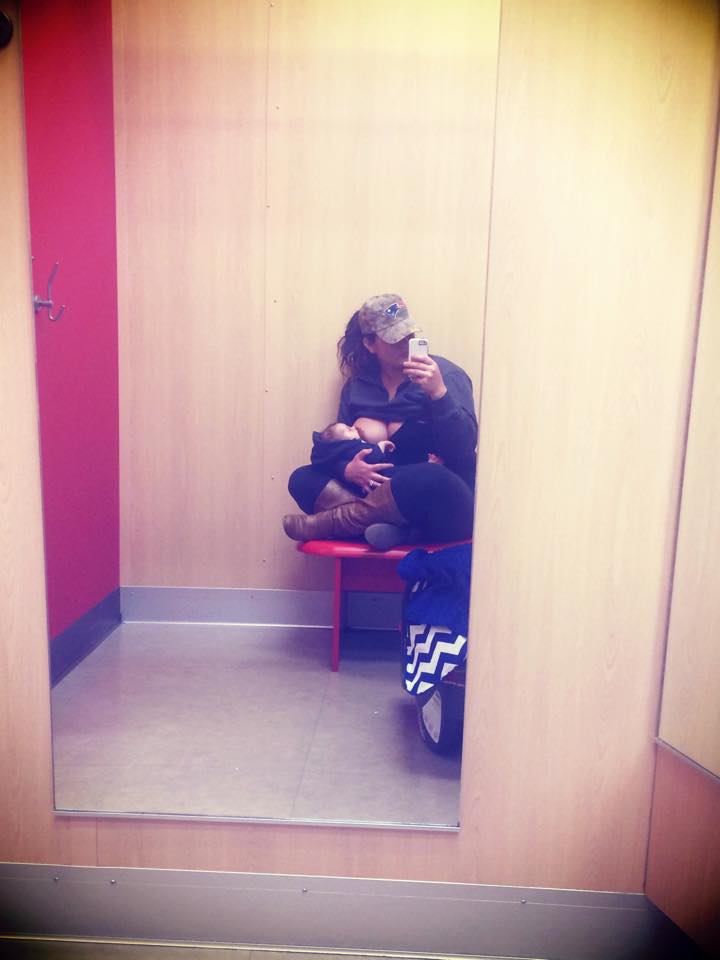 Not an hour went by, before this photo was flagged for nudity by someone, and subsequently removed from Facebook.

When Krista shared a screenshot of this, that also got flagged and then removed.

I can’t even type fast enough to share with you my indignation about this. But I’ll try. 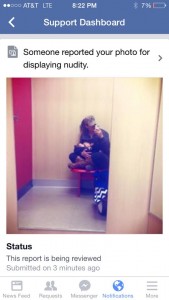 I feel like this needs to be prefaced by acknowledging some might think this will be yet another ‘feminist rant’. I’m not entirely sure when being proud of being a woman and supporting other women in their endeavors, big and small, and being a ‘feminist’ became a bad thing, but for those of you who have that mindset, there isn’t much for us to discuss or talk about, so I will spend the absolute minimal amount, if any, on you and your antiquated opinions. Be warned.

First of all, and we all know this to be fact, boobs are nothing more than milk dispensers for our offspring. The fact that we have sexualized them is not what Mother Nature intended, or she’d have our milk ducts come out of another body part, like our big toes. And I am cool with boobs being sexy. I will look at another woman, on the red carpet at the Oscars for example, in a slinky dress with a V down the front so low it almost meets up with the ridiculous high slit running up her thigh that if she got bloated during the festivities, the two inches in between would rip and she’d be wearing a vest, and think, “Dayum, that is some sexy side boob!” Shoot, when I put on a dress and my rack fills out the top half in just the right places, I feel absolutely great and seductive myself.

But you know when that sexiness completely goes away? Once you latch a baby onto your nipple. Let down is incredibly not sexy. Let down in the middle of a Target even less so. A crying baby is not sexy either. And neither is breastfeeding.

Sexual? Dude. Not even a little bit.

Kim Kardashian tried to break the internet with full frontal nudity, which didn’t bother me either by the way, and yet, it seems more people have an issue with something as natural as using your breasts the way they were intended than with using them in conjunction with the rest of the ladybits to try to break the world wide web.

I have Facebook friends who will post a photo of their knockers in a teenie-weenie bikini barely preventing a nip slip, with 0.5% of beach in the background with the tag, “Living life seaside today!”, which should in all honesty be tagged, “Everyone, check out my awesome rack!”. Which doesn’t offend me either. But why that is acceptable in today’s society, but nursing isn’t, THAT insults me.

Some people told Krista that there were “perverts out there who would get off on photos like this”. By all means then, women of America, stop posting photo of your bare feet, because there’s dudes who get excited at the sight of an ankle and a uncovered heel. And might as well quit posting photos of your dog, because bestiality is a real thing and poor Rover doesn’t need that ish in his life. And the list goes on.

Yeah, I get it, showing breasts in public is a ‘terribly devious’ offense. (Let’s all just pretend for a minute that the sexy magazine covers at the checkout line aren’t a real thing, nor the cleavage-accentuating shirts part of the population wears to go grocery shopping, nor anything on TV these days.) But I have yet to come across a mom who whipped her titty out in the middle of the produce aisle, announced through a megaphone she was about to start exposing milk from said engorged titty and then sat criss-cross in the middle of the aisle while she fed her baby, fully exposing the other titty and as much nipple as possible, while making awkwardly long seductive eye contact with passersby.

Instead we honestly just go about our business as much as is achievable, while feeding our kid so they stop crying and ruining our experience at the early bird sale at Macy’s. We eat lunch, keep shopping, talk on the phone, or take a break in a dressing room and revel in the fact that we are saving some dollars by using our breasts to feed our spawn.

I didn’t have life-altering breastfeeding experiences while nursing at the mall. I had those late at night, at home, when it was quiet and I was sitting comfortably topless in an overpriced glider, just smelling my little nugget’s head and smiling like a goof at that tiny person I created.

People who are outraged by breastfeeding are truly the only people who are lactose (and lactate) intolerant. And to them I say in the words of John Wayne, get off your (high) horse and drink your milk. 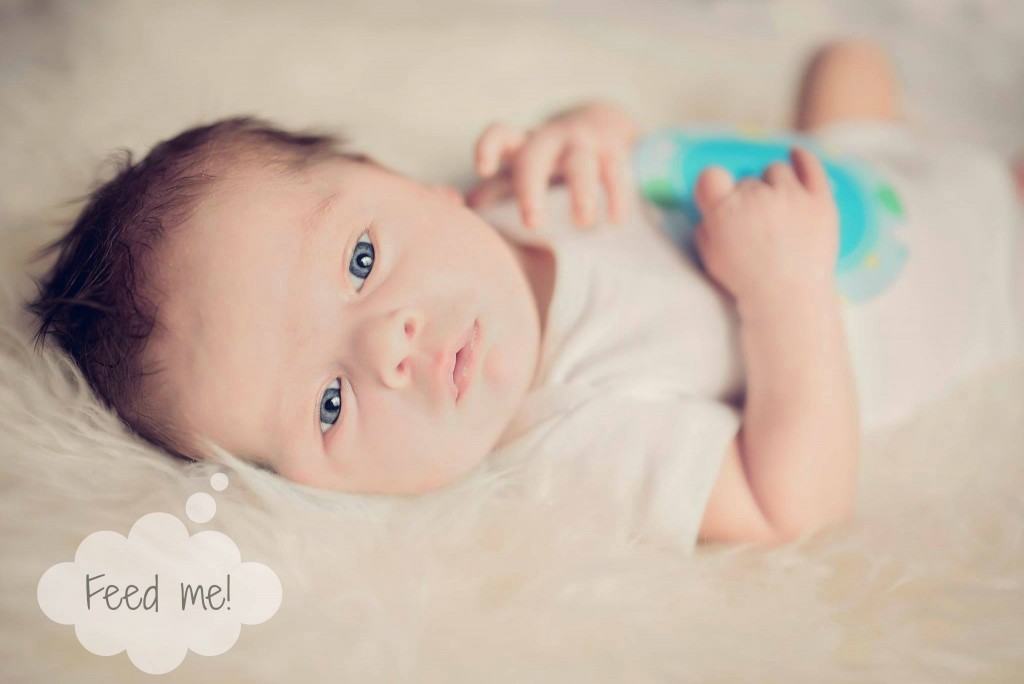 Editor’s Note: Krista Verito is hosting a day of breastfeeding photography sessions for moms and their babies on February 15th, 2015 at her studio in Oakdale, CT. All proceeds to benefit the La Leche League. Visit Truth Be Told Photography for details.

All photos by Krista Verito of Truth Be Told Photography

Stop. Just stop. The people pleasing bullshit, that is. But you’re not a people pleaser, you say? Well, do you say yes to something, even when deep down you would rather be…