I am 7 years old. I am running headlong barefoot through the field at my godparent’s farm to the barn to tell my Uncle that lunch is ready. The smell of the long grass, still wet close to the ground with the previous night’s rainfall, fills my nose as I crush it under my feet, followed by the warmer smell of clover heated by the sun as I run through the knee-length growth. My passage is so fast I’m getting pale green grass stains on my legs from where the grass is snapping in half against them as I run. After lunch we’re going riding, so I’m really excited. I pass by the just-tilled length of the vegetable garden, quite a bit larger than the name suggests. The fresh black soil smells moist and rich, its potential expressed in its pristine lines. I inhale deeply. I think to myself, “I hope Aunt Sue plants lots of peas this year.” I think about how I will sneak into the garden to munch on treats in late summer, sitting in the cool earth hidden by the giant plants.

And then it happens.

I plunge into a wet, fresh pile of cowshit right up to my little knee. In the exact middle, like a cowshit-bullseye.

That pile of cowshit was so wide, so deep, and so incredibly rank, that when I dove into it, somewhere in another dimension, a prophecy must have been fulfilled. Simultaneously, I’m sure a wizened old man in dark robes slowly stood up and proclaimed…

“It is done.” *cue dramatic music* 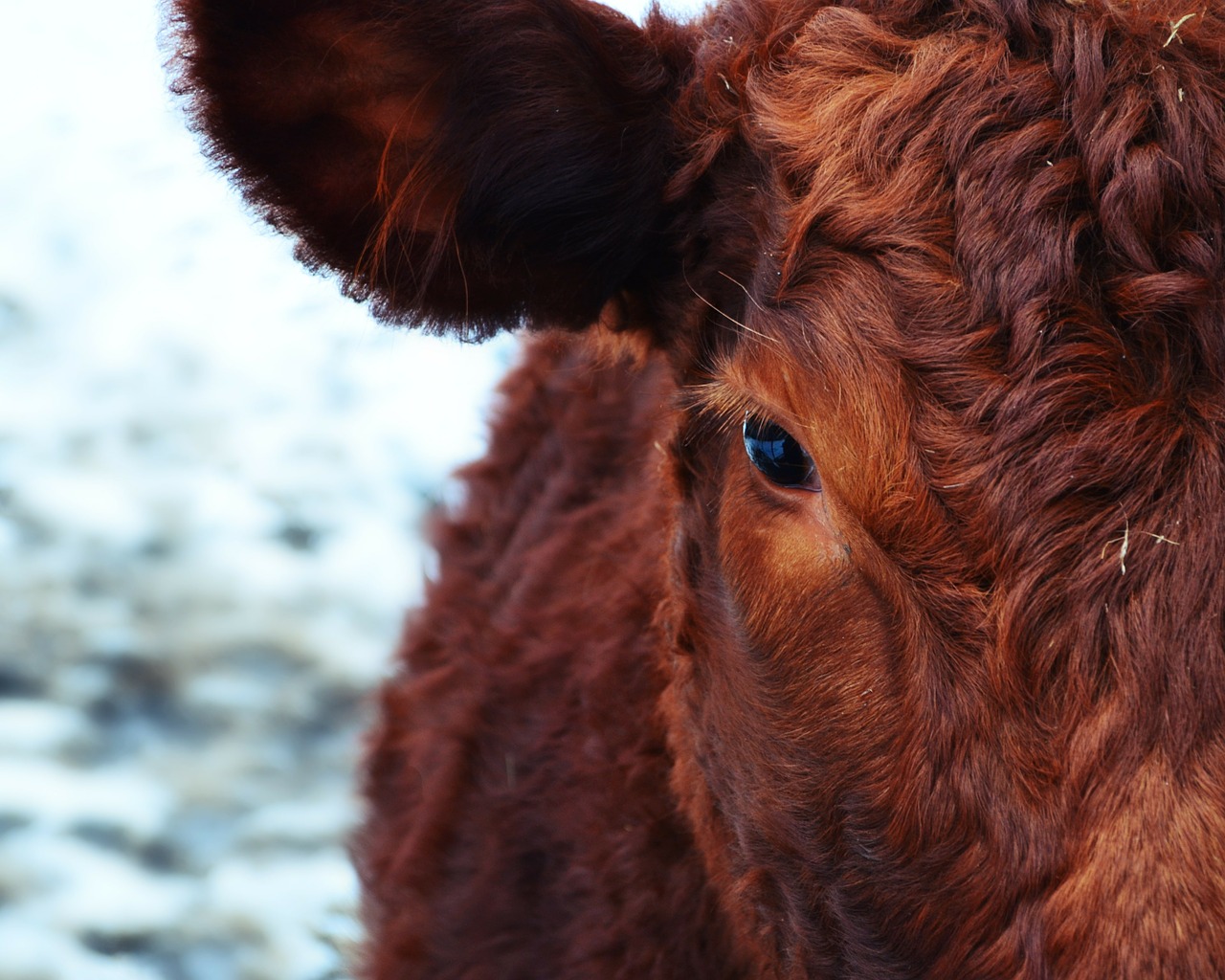 The smell clung to the insides of my nostrils. It grabbed onto the little hairs in there and settled in like a squatter. I screamed and cried like my foot had been amputated. A week later, even after my Aunt had washed me in the mud room sink (hysterical with laughter, I might add) the smell would hit me out of nowhere and I would gag. I thought I was scarred for life. Years of cowshit avoidance therapy stretched into my little horizon. I was embarrassed and furious.

Now, all these years later, I can’t help but smell cowshit and smile. Because now I know how hilarious that moment was. I smell cowshit with fondness and delight. It’s linked with all those other amazing smells in my memory that just adds to my fond recall of a beautiful little farm in Northern Ontario, and a whole host of other wonderful moments in my childhood that I wouldn’t trade for anything.

Our sense of smell is a crucial component in how we interact with life as it flows around and through us, but we seldom give it much thought unless something offensive happens to crawl up our nostrils. Many people likely experience it as intensely as I do, but we don’t talk about it much, and that’s a shame. Scent is hard to describe, but is so rewarding in its ability to convey information and add depth and dimension to our lives. Talking about it with friends and loved ones adds another piece of complexity, of communion and curiosity to our relationships; another facet of relation and discovery about them and us, and how we in turn see the world and interact with it. It forces us to search for words, the right language, to convey what we are experiencing and share it with others. It can make us plumb our depths from a wholly different angle.

The smell of my newborn babies. The scent of my first new car. The smell of cedar forest, the damp packed- earth trails in British Columbia where I lived with my husband for three years. The smell of asphalt rising from the earth in baked waves as my mother and I drive from Ontario to our new home in Calgary when I was 14. My Mom sang country songs (very off-key) I sound I had never heard before or since. That time when I was going into labor with our second child at home at 1 am, and I baldly said to my husband, “Your breath smells like meat”. (He immediately brushed and Scoped so much he probably was slightly drunk when he was done) The smell of Fantastic Spray and Pine Sol, my favorite cleaners; when the house is a disaster and I don’t know where to start, mopping the floors with Pine Sol gives me clarity and a sense of accomplishment that spurs me on to the next task.

As I sit typing this, I am gently inhaling the scent of Jasmine from my Lampe Berger warmer. It’s a warm, sultry scent that makes my eyelids half close as I breathe it in, calming yet enticing at the same time. It makes me reflective and sly. Very different from my cowshit mood.

There are many ways that you can incorporate scent into your life, instead of waiting for a smell to come along and either disgust or delight you. And I am talking about things other than buying Scentsy warmers or Febreeze (although those are good ways to do so). Wax warmers are great to flip on and toss some wax in when the neighbor is on the way over for an impromptu daytime drink, but what I am talking about it a little more ritualistic in its tone. It’s purposefully seeking out opportunities to use scent to key into moments and activities in your life, to give them more meaning, to create a certain mindset, or to enhance memories in a visceral way long after the events have passed and the selfies no longer look like you. There are many studies, and whole retail companies that highlight and profit on the influence smells have on our lives. The trick is knowing what works for you, not simply going with what the experts “say” works, or agreeing to use scent in the ways they are marketed to us.

I have scents that I use for particular activities, like my Pine Sol and my Jasmine warmer. I have a small obsession with Jasmine right now. My Lampe Berger warmers have different scents in them, and have a certain lighting ritual (see hyperlink) that make me stop and transition into the activity they represent. They beauty of them compliments the beautiful fragrance. I often reflect on them as I search for words.

Whenever I travel, I purposefully seek out a scent I can bring home with me that I can use that will remind me of the trip, often bought in the duty-free. For Paris, I sought out and chose scents from Fragonard, which also has a Perfume Museum that shows antique vials and how perfume was made before the modern scientific era. I know, I am a total scent geek!

For the Dominican Republic, I found Turquoise by Ralph Lauren. That trip was hilarious: I fell asleep in the sun and got a sun burn so bad I had an allergic reaction. I woke up in the morning and could SEE MY OWN FOREHEAD by rolling my eyes up; it was so puffy. San Francisco last fall was a small set of Bulgari Jasmine scents (see Jasmine obsession above.) London was Jo Malone, where my husband and I went to support a friend who was competing in the Olympics. My day to day is Chanel.

What I use often changes with the seasons. I prefer smells based on earthy scents, woods and florals, but dislike citrus based scents intensely. They smell forced and medicinal to me as a perfume. I once dated a British guy who bought me a bottle of Calyx, HIS favorite scent for a woman, and the top notes (what you first smell) were all acidic- fruit based. I knew immediately the relationship was doomed. You EAT fruit, for Godssake. You don’t dab it between your boobs! (*except in very special circumstances)

Fun Fact: The world’s first recorded chemist and perfume maker was a woman named Tapputi. She is mentioned in a cuneiform tablet from the 2nd millennium B.C.E in Mesopotamia.

Fun Fact #2: The most expensive perfume in the world was DKNY’s Golden Delicious at a cool 1 million dollars, in part because of the bottle. The proceeds from its sale went to charity. That’s a little bottle for a lot of charity!

You don’t have to buy expensive perfume in order to augment a memory, however. In Banff on a girl’s weekend getaway, I found some soaps at Rocky Mountain Soap Co that fit the bill perfectly.

Wherever you go, and however you travel, there is always an opportunity to add a smell profile to your experiences. If you are paying attention, even the smell of cowshit can become something sweet. Scentsy or Lampe Berger really needs to put out a cowshit scent stat. I’d buy in bulk.

This is not the first time I’ve touched on the need to let go of perfectionism in art and daily life, and it certainly won’t be the last. There is such a…