So there’s no confusion as we go forward: I am content with my present life. I have a good home, a great husband, friends and family who love me and some awesome opportunities that have presented themselves over the past few years. I am not writing this as an “I hate my life” piece. Sure, I’d not balk at winning the lottery or traveling the world or quitting my job to do so. However, in order to make these things happen, I’d actually have to buy a lottery ticket, spend money to travel and actually be able to quit my job and still live comfortably. I hate that I need the last one but I’ve grown fond of things like shelter, clothing and food. Plus, I can’t do that to my husband, make him be the sole breadwinner. I mean, I’ve fantasized about it, but add “being married to him” to the list of things I like and, well, there you go.

Now that I’ve reached what I like to think of as the mid-point in my life (41 down, at least 41 to go), there are things that I really wish I would have done differently.

For instance, I started school this past January. While I think I’m in a better frame of mind than I would have been 20+ years ago, I really regret not going to college right out of high school. More specifically – I regret not going away to college. Sure. I’ve done fairly well for myself without a degree, and who knows what my life would be like had I left the small town where I grew up. Would I still be married to my husband? Would I have chosen to come back and live so close to my hometown that the boundary between the 2 cities is literally the road I live on? Would I have been able to put up with a roommate without a marriage license? I lived at home until I married in my late 20s. I went from my parent’s house to my first apartment with a new husband. The adjustment was relatively smooth once I got past someone else’s socks on the floor and dirty dishes in the sink, but it was still an adjustment. Still, there are times when I see my younger cousins posting their good times on Facebook, or talking to friends who say “she’s been my friend since we were roommates in college” and I feel like I missed out on a huge experience.

Another regret has to do with the fact that I’ve worked since I got out of high school. I didn’t plan on not going to college, but when I was getting paid to work and no one was paying for me to get a higher education, it was a no-brainer. I’ve been lucky in the fact that I’ve never had a long stint of being unemployed, and every position I’ve held has been a step up from the rest. There are days though, that I wish I could just jump without a net and trust that the universe has something in store for me. While I do trust the last part, I can’t get past the first. I figure if it’s out there, then it’ll find me and I should probably just stay put and continue to have a paycheck until it does. Again, staying in the safe zone. Boring. Secure, but boring. I know a lot of people who have jumped and landed on their feet, and these people are pretty much my heroes. 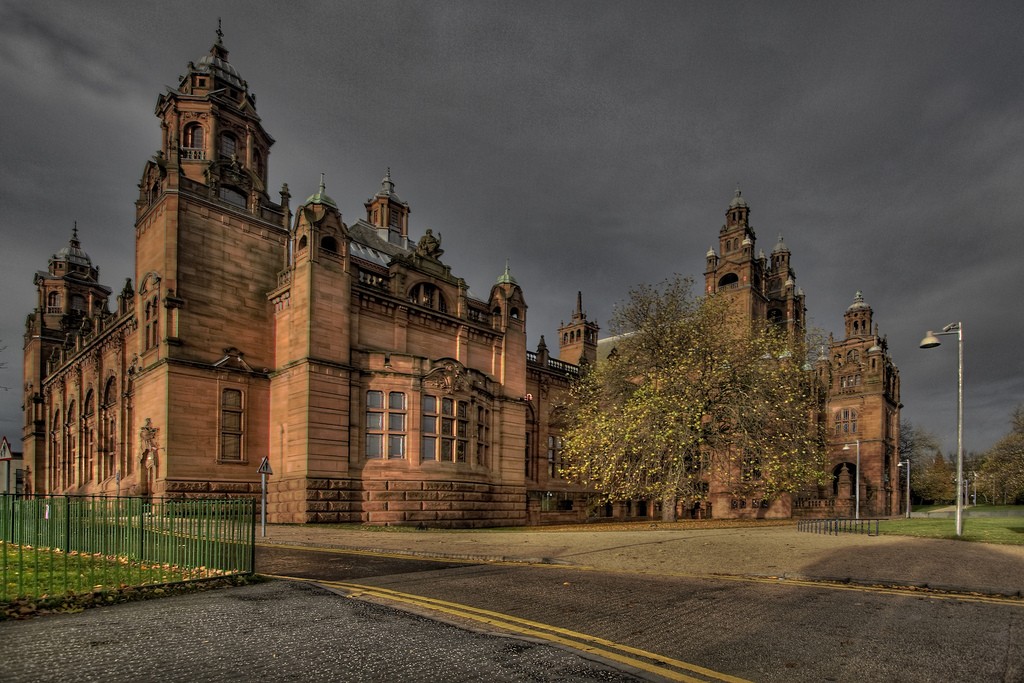 The last big thing I regret is not being more adventurous. I’m literally the poster child for saying I love adventure, then being nervous when adventure presents itself. It’s like “you ready?!” and I’m like “uh, I have to wash my hair tonight, but we’ll definitely have to try it again tomorrow!!”

Case in point: about 15 years ago, 2 of my closest friends made me push a boundary I thought I’d never cross. We traveled to Europe for 10 days, just the 3 of us. You’d think that if someone came to you and said “we’re going to Scotland for 10 days and all you have to do is put in 1/3 of what you would have to had you been doing this on your own”, you’d be all in. I’m sure you would. I know I was! On the surface, that is. These women are like my sisters, and I wouldn’t be afraid to do anything else with them, but getting on a plane, leaving my now-husband and family to go to a strange land made me want to scream on the inside. They knew it – and thankfully weren’t dicks about it – and I found myself on a plane to Gatwick airport in London not 3 months later, and not without tears. Once we were in flight, however, the fears subsided and we had probably one of the best times I’ll ever have with anyone on the planet. We still joke about getting pulled over right outside the airport by someone on a mo-ped (yeah, we thought it was wise to drive the 8 hours to Glasgow after being on a plane for 6) and later, wrecking the car by rolling into the hinge on a gate at a whopping .5 kilometers per hour. Those are memories that I will keep forever. That, however, is about as adventurous as I’ve been, and honestly, I wish I could have been as excited as they were for the months leading up to it instead of thinking about what I’d be missing at home when in reality, I wasn’t missing anything.

Again, I’m not saying these things because I feel like my life is completely ruined because I didn’t step out of the box or move away for a while. I don’t. There are just moments when I wish I could push the rewind button and go back and tell myself that I should try this or that. Move out of the house and be on my own before I tie the knot. Go on a solo road trip or quit that job without having something lined up and trust that it’ll all work out.

What I do know, though, is that I wouldn’t change my life right now for pretty much anything. I also know that the only way my life will change is if I make it so, and that everyone can use a bit of nudging toward something that may seem foreign every now and then.

So what are your regrets? Be they small or large, everyone has them. I’m finding that the key to getting rid of them is letting them go or having them serve as a reminder for the future.

One of the most common questions we receive, after we’ve told people what we do, and where we’re from, is a puzzled “How did you meet?” Because when one of you lives…