I work in an office. Actually, I work in a 6′ by 4′ cubicle and stare at a computer screen for a majority of my day. It’s ok. It’s probably not my dream job. In fact, I know it’s not. My dream job would be to travel the world with my husband on someone else’s dime and not have to do anything but lay by pools, soak up sights, eat and drink fabulous things and sleep 12 hours a day. My wealthy benefactor, however, still hasn’t shown up , which I do NOT understand. HELLO, every damn phone has a GPS app and I haven’t moved in 3 years. Get your shit together, person who will randomly show up at my door to shower me with cash just for my general awesomeness. I’m waiting. 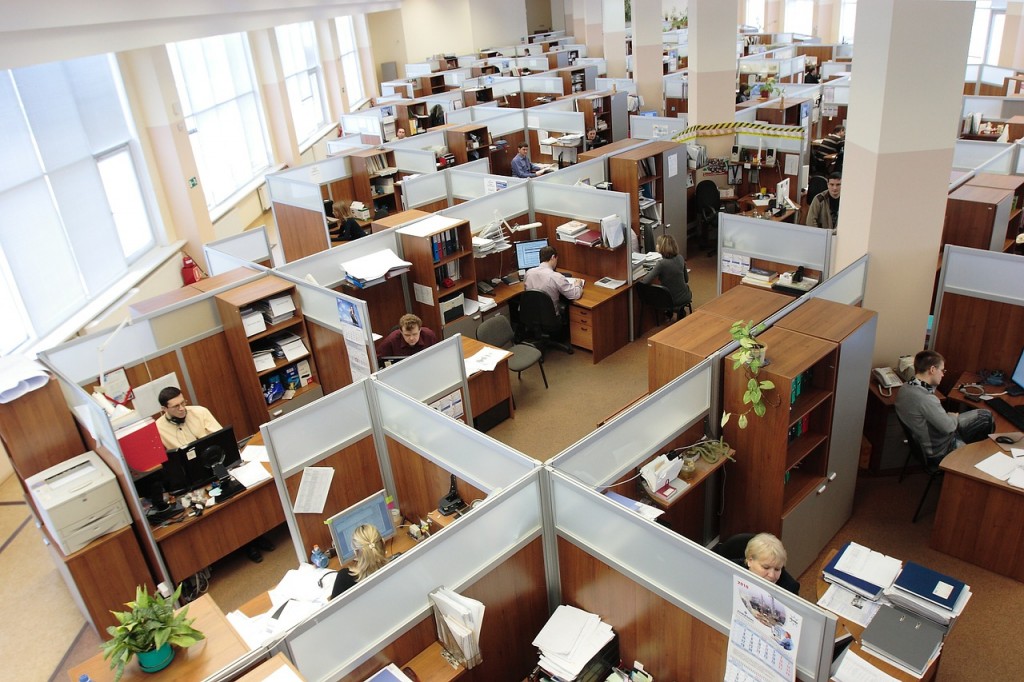 Anyway. Given that I am not independently wealthy and neither is my husband (people, I married for LOVE. You’re definitely not going to see “firefigher” on any Forbes 500 list). I spend 1/3 of my weekdays working. In an office. For the man. Every night and..day…(rollin!)

Offices are fantastic places for social experiments in passive aggressiveness and general human relations. You are corralled into groups and forced to be civil to someone with whom you have next to nothing in common except the fact that they too, are working for the man. Aside from the general pettiness of who stole your lunch out of the freezer or who took your parking spot, I guess office life is pretty ok. I mean, we’re not standing in the middle of a field birthing cattle, and offices are generally temperature controlled. That temperature is usually either hell fire or arctic blast, but I digress. Offices also tend to provide good gossip and if you’re lucky, you’ll get a few good friends out of the deal who would never tell groups of people about your personal screw ups. Like the time you walked down 12 flights of stairs and then back up again because you were trapped in there without your id badge and struggled with whether to open the “Emergency Exit Only” door, fearing that you’d have the entire Detroit Fire Department come to your aid because you wanted out of the stairwell. Or so that’s what I’ve heard about someone who isn’t me. Nope. Not me. (I also never put my car into the Huron River, but that’s another story for another day.)

All of that aside, there are parts of corporate life that I wish would just go away. Or, to be more specific, phrases. You rarely hear these terms outside of work, and if you do, there’s likely not going to be the double meaning that they carry when said inside an office environment.

For example, if anyone says the following to you, be very wary:

“It’s good to meet you! Now I can put a face with the name!!”
Bullshit. The person to whom you’re saying this is more than likely someone who has been a royal pain in your ass for anywhere from the past 7 days to 6 months prior to this meeting. This is the person who has spammed your inbox, rang your phone off the hook, driveled on during conference calls or has been on your list of people who make your life miserable because you’ve had to follow up with them a million times due to lack of response. All that putting a face with the name will do for the person saying it is leave them with a good picture for their mental dartboard, because you know they’re throwing daggers at that person in their head.

“Thanks in advance!”
If you see this in any part of an email, delete that email instantly. Don’t read any further. If the person you’re actually talking to speaks these words, kick them in the groin. No one ever really thanks you in advance for something you’re going to be excited to do for them. They’re trying to soften the blow before they ask you to spend 73 out of the next 80 hours creating and recreating spreadsheets on the different colors of snakes in Brazil and their subsequent preference for mice vs. insects to be presented at the management meeting that happened 2 days ago. Seriously. Just walk away.

“I’ll circle back with you in a bit”
Whenever someone says this, I picture my dog napping, standing up, moving in a circle and laying down in the exact same place he stood up from. Circling back is a navigation technique used to put someone off when you’re too lazy to find the answer. It is also used ad nauseum in my little corner of the office world. If I were to do a shot every time someone told me they’d “circle back” with me, I’d be drunk by noon, and I don’t get here until after 9.

“Hope this helps!”
I have to admit, this is probably one of my favorites. I will even admit that I’ve used this when necessary. Not all the time, because most situations don’t warrant it. I do, however, get the occasional person wearing his ass for a hat and is so cocky that I have to admit that it’s kind of fun to put that person back in their place by still pretending to help. I normally pull this one out after I’ve gone back and forth via email a thirty times and the point isn’t yet driven home because the other person is clearly a moron. It’s easy. It’s cheerful. You’d be amazed at how many people think that I’m really being helpful! But seriously, read between the lines. It means “I’m done explaining this to you, jackass. If you can’t decipher the plain English words before you, then you’re going to have to go somewhere else and figure it out because I’m done. Have a fucking lovely day. Get the hell out of my inbox. And possibly the gene pool. Immediately.”

Amazing how that rarely – if ever – gets through. I continue to get responses 90% of the time, even after those words are burned into the monitor. These are also the days when I eat Excedrin by the handful because of the amount of face-palming I’ve done over the course of the exchange.

There are a million more, and I’m sure that crap like this isn’t limited to corporate life. Every occupation has its’ lingo. There’s just something about corporate speak that always rings with a hint of bullshit. Or maybe it just sounds like that when it bounces off of cubicle walls…

I remember in my earlier days of motherhood how frazzled and stressed out I was. I was amazed that this tiny creature at such a young age already had her own thoughts,…