There is an interesting concept making the rounds in polyamorous circles lately. It’s that of “casual love”. When I talk about “casual love” I do not equate it to “casual sex”, which can obviously be a very different thing. While sex and love do go together well, in this case we are focusing solely on the love aspect. 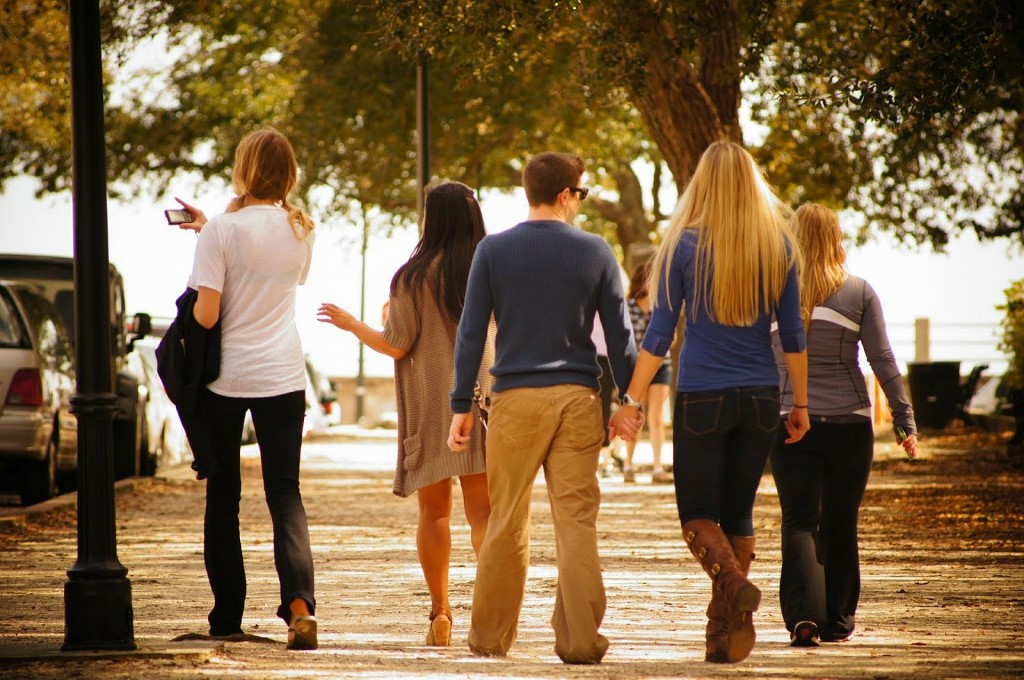 Have you ever hesitated to tell someone you loved them for the first time? I’m betting most of us have had this experience. What were your reasons for doing so? Were you nervous about the reaction you would get? Did you perhaps think your partner at the time would not return the feeling of love and so it would end the relationship?

What if…. What if we lived in a world where the relationship doesn’t end just because you aren’t on the same page about being in love? What if saying “I love you” was just something meant to express how you are feeling in the moment and it was perfectly okay to say exactly how you feel?

Love *is* a big deal. It *is* important. But those two facts don’t make it impossible to take a different look at love.

In a lot of my articles about polyamory you will notice comparisons, between polyamory (a more “alternative” look at life) and society’s norm – monogamy. None of these are meant negatively. Monogamy is simply what works better for some people and polyamory works for others. The societal norm, however, is monogamy, so when I discuss society’s standards, that is what I’m discussing.

Monogamy states that true love is special. It’s rare and hardly ever happens. If you get divorced your odds of finding that “one person” again have dramatically decreased (even though the very fact that second, third, and even fourth marriages happen and are successful has already shot down the theory of “one soulmate for everyone”). A more casual approach states that, while it is still special, love can be frequent instead of rare. Think of the feeling you have getting to know a new person whom you’re attracted to. Maybe you stay up all night talking, getting to know one another, developing feelings of attachment and attraction. A relationship of a few weeks is one that we’re told not to use the word “love” in. Surely you will scare the other person away if they’re “normal”. What you’re feeling can’t be love – it’s just because it’s new and exciting. It’s infatuation. That’s all. So we don’t say it.

We bottle up feelings, we have awkward pauses where we *want* to say something we simply won’t, and we wonder painfully if the other person feels the same. We have all this NRE (or New Relationship Energy) floating around that we don’t know what to do with. As polyamorous people, we enjoy the NRE with our new partner, while hopefully allowing it to influence our other relationships in a positive way as well. When my Anchor started dating a new woman, I was so happy for him I couldn’t stop smiling. She brought a lot of joy into my life too and I was definitely able to pick up on their NRE and be happy for them. Eventually I fell for her as well. This isn’t standard or a requirement, but it was a happy accident from their relationship they were forging.

The first time I told *her* I loved her was a byproduct of a few of us joking around, an inside joke that she ran with and ended up making one of the other guys in our circle of friends blush a bit and back down on what he was saying. I blurted it out suddenly, just a simple, “I love you” to her right afterwards. I meant it, it’s a real feeling, but I said it in the most casual way possible. She hasn’t said it back and that’s okay. I felt it and I said it. And I was okay with whatever happened after.

The more open we are to the result or lack thereof that happens from saying what we feel, the more love we are able to let into our lives. I have started to view it as people who are not able to hear that someone loves them, probably don’t need to be in my life. “I love you” is a wonderful compliment, one of the highest. I’d like to encourage more love in my life, however serious it turns out to be.

Blood does not build a family, love does – and a family is anyone who lives under the blue tarp of your heart. That is something my father taught me, though I…