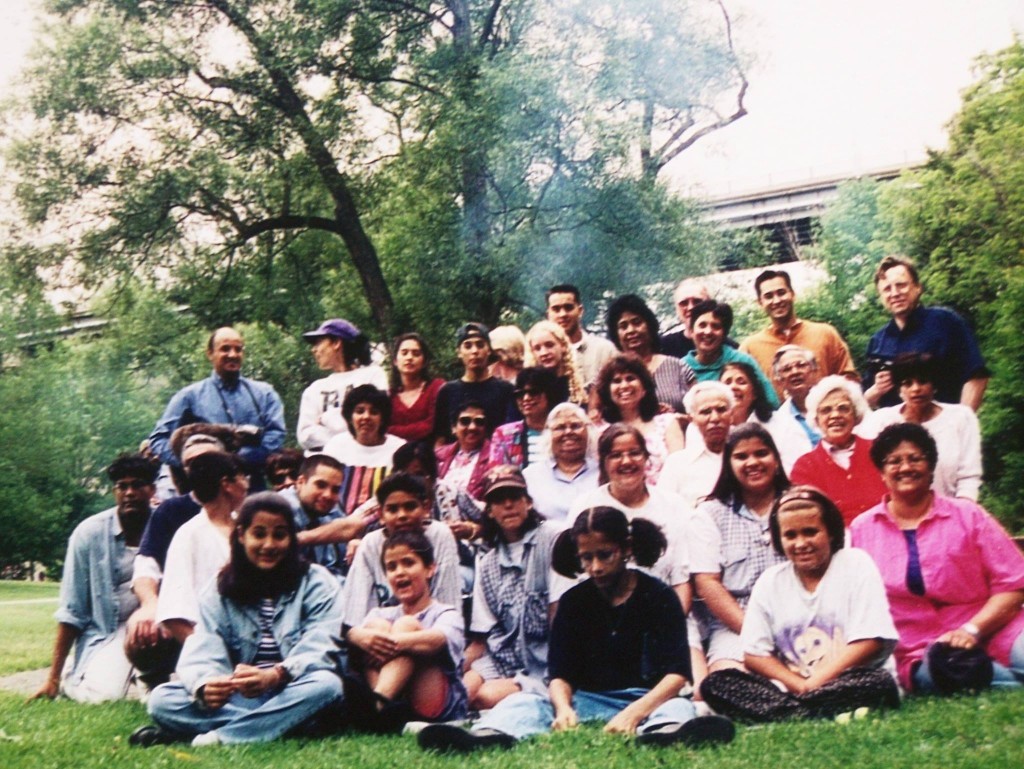 I’ve been trying to decide how I can talk about racism, and if I should, for awhile. It seems everyone is talking about it these days, given rising racial tensions in the US, and on a lesser level in Canada, and I’ve sat on the sidelines, watching Facebook conversations devolve into all out flame wars, people’s emotions and identities intimately tied to the conversation.

But I want to talk about it.

When I was around 9 years old, an older neighbourhood boy spat in my face and called me a Paki. I remember the way his spit felt hot and slimy on my face, and that I wiped it off with the back of my hand. I can remember exactly where I was standing, in the roadway of the housing co-op I grew up in, in an Ottawa suburb. It was summer, I had no shoes on. My skin was darkened by the sun, much darker than I ever let it get these days, where SPF 30 has become my best friend. I grew dark hair where other girls had none, my eyebrows attempted to come together in the middle. Paki. Monkey. Sasquatch. FOB.

As a child, my mother reminded me more than once that it was important that I always make sure that my clothes and hair never smelled like curry. Whenever she cooked, we would diligently close our bedroom doors, open windows.  How important it was to not live up to the stereotypes about Pakistani and Indian people.

I grew up surrounded by my mother’s family. Born in Karachi, she and her family immigrated to Canada when she was just 5 years old. Family gatherings were a swirling mix of bright colour and noise – my great aunts and their lilting English sprinkled with the odd Urdu word, the scent of spices heavy on the air, my mom and her siblings and cousins gathered at the piano to sing and dance, sometimes wearing saris – yards and yards of finely embroidered, delicate fabric wrapped by expert, loving hands.  This was the beautiful chaos of coming up in my family – everyone talking over each other, eating until you felt like you might burst, then being offered more. When I was there, with them, I understood where I belonged.

That was about the only place. In all other facets of my life, I straddled an uncomfortable line – not quite white, and not quite brown. My father’s genes influenced my skin to be paler than my cousins’, my hair not as deep and dark. At first glance, I appear Italian, or maybe Greek – something slightly exotic, though not “too” exotic. My mother’s family were Christian, primarily English speaking Pakistanis, and so as I made friendships with people of similar ethnic backgrounds, we still lacked common ground like religious practices and language. Growing up, I was unsure of where I fit, my chameleon like attributes contributing to moments where I was the fly on the wall, rapidly realizing I shouldn’t be there.

Many times I’ve sat in a group of new friends and had someone crack a racist joke about East Indian people, or launch into an angry rant about stolen jobs going overseas. There is a moment where I wonder if I should say something – this is a cheek burning, humiliating moment for both of us – when I point out why their joke was insensitive, and mumble about my heritage, all while disclaiming that it’s okay, because I know of course, they were only joking. It’s just a joke. Harmless. Funny. Right? No need to take things too seriously. We’re just having a good time. Right?

And when I start dating someone new, there is always a moment of breath held hesitation when I confess to not being white. Like “not being white” is some kind of crime, is wrong. But there are moments where it feels that way. Where I know all the stereotypical things that run through someone’s mind when they think “Paki” in their head, and worry they will think we’re like that.

Let’s talk about that, too.”Like that”. Like what? Different. Radical. Irrational. Violent. Stinky. Dirty. Poor. Backwards. Crammed end to end into houses and ruining the neighbourhood. Stealing the jobs. Stoning women to death. Strapping bombs to their chests and walking into crowded restaurants. Like … that. Inaccurate generalizations about a varied mosaic of countries, peoples, religions who all happen to have the same colour skin, though even that varies from my end of the spectrum – pretty darn pale – to deep and dark. Dangerous generalizations that are born of fear, and fed with fear. Dangerous generalizations that are literally killing people.

And this where I understand that I’m lucky. Lucky because I look white. Lucky because I have no accent. Lucky because my kids are even whiter than I am. I understand the fortune of not being brown or black right now. Of being able to pick and choose when and who I tell of my mother’s birthplace.  And it’s probably because of this split identity I grew up with that I understand, more than most, that people who don’t have to experience racism in their lives often never realize when it’s crept into their own vocabulary.

Often, I’ve seen people tell others we are making small things into huge things. Blowing things out of proportion. Turning facts into fiction for a media firestorm. And while that is true in some senses, it’s also something we just might need to do. The small things are only small alone, and they aren’t alone. Together, all the small things add up, become huge things. They are small, daily acts that many of us never realize we’re engaged in, kneejerk reactions that our brains jump to in a split second. We need to interrupt those impulses.

So I want to wade into the conversation, and I want you all to join me. We need to keep talking about it. We need to keep engaging with each other about it. We need to hear each other when we speak. I know right now we have huge, culturally significant touchstones to use to talk about it, but maybe we should also try to talk about it in the small ways. The little things. A 9 year old not quite white, not quite brown girl with spit on her face, standing in the street, learning for the first time what racism was going to mean to her.