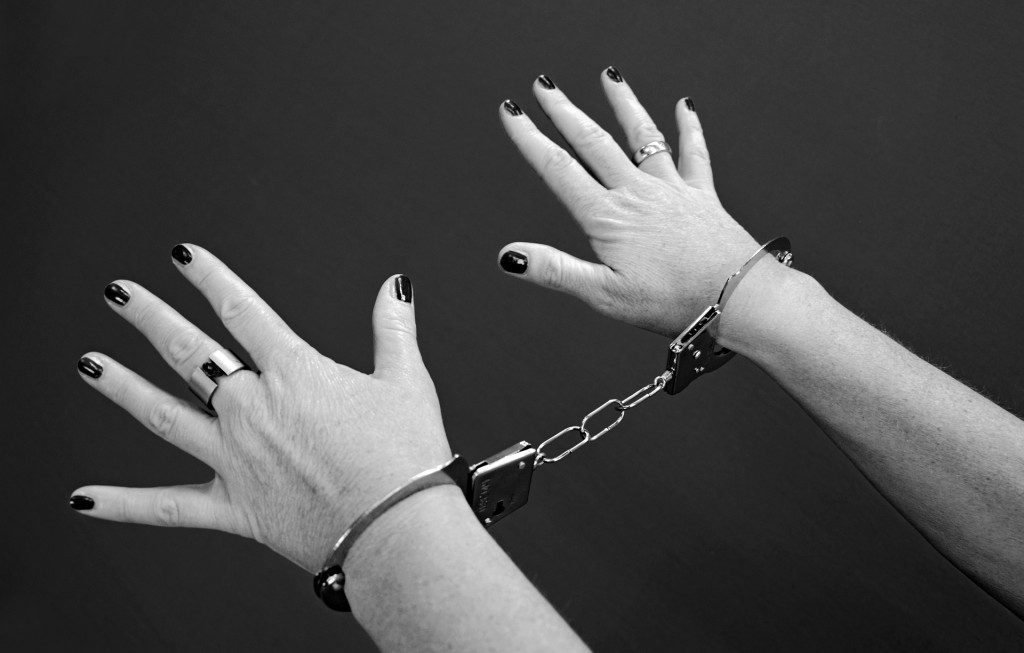 I am one of those women. Many years ago I put myself in a bad situation that I take a lot of responsibility for. It wasn’t a date exactly, but it was close enough, and I foolishly trusted the person I was spending the evening out with, allowing them to come back to my home simply to stay the night so that they wouldn’t have to drive home. Obviously the evening did not go according to plan and the next day a couple friends made fun of me, mistakenly thinking I had wanted this to happen or had invited it in some way. I never corrected them. I laughed along with them and decided to let it go.

To me, it wasn’t worth the effort and embarrassment. I felt I knew this person well enough and it was a bad situation for both of us that involved drinking. I didn’t want them in trouble for the rest of their lives for a mistake. I let it go. What I should have done, at the very least, was to talk to this person, to tell them how they had messed up and to try to straighten it out. If that hadn’t worked, going to the police would have. I did none of those things.

Years later I met the father of my son. When he was younger he had been falsely accused of sexually assaulting a girl he was friends with at the time. They were raised in a very strict religion and when she got caught dating him, she cried wolf and reported him to the congregation authorities for sexual assault, claiming as she got older that he actually raped her.

I watched this continue to deeply and personally affect my then-husband and our family, many years after it should have been moved past. In watching that, I was glad I had never put anyone in that position and I understood both sides of such a difficult situation. This was not some man jumping out of the bushes and forcing her to have sex with him. These were two very young kids who thought they were “dating” and who acted accordingly. I considered my previous situation to be similar – a guy who didn’t realize it had perhaps gone too far. And while I had a lot of trauma from that, to this day I am glad I didn’t drag anyone else into it with me.

Everyone’s situation in these cases can be so very different, and date rape is a serious issue that is often overlooked. It needs to be taken as seriously as the “stranger jumping out of the bushes” scenario. It is no different and it is just as wrong.

I continued in my sympathy and support of other victims and of people who had been falsely accused (I met two or three men in my time who had been cleared of everything, absolutely did not do anything, but were still affected years later merely by the accusation). It would be nice to think that once you are cleared of such an accusation, everything would go back to normal for you. Sadly, this is not the case for many men (and women) who are falsely accused of sexual assault.

Recently I found myself on the receiving end of such accusations. It was one of the most difficult situations I have ever gone through. It was someone I thought I knew well enough, who seemed a little unstable, but who I was sure was just trying to do the best they could with the hand they were dealt. My need to help them and to get along outweighed my gut instincts to get out of the situation I found myself in, but sadly I didn’t listen. It was a lesson that was hard to learn, but I have since learned it. This nearly destroyed my life and the life of my young son. I found myself, a woman who has gotten a couple speeding tickets in her entire life, in court nearly every week for some issue being thrown at me. It took all my strength to get through it. I got through it, at a great cost to my physical and emotional health.

While the statistic I shared at the beginning of this article is terrifying, so are the statistics about those who have been falsely accused. They are terrifying because they barely exist. There are studies in the UK of a small group of 109 women who were falsely accused. There are articles from feminist sites about it. But there is nothing from an actual news source in my country, the United States. These people exist. I know. We are out there. And we have fought a fight we should never have to fight, just as rape victims have. I wish the world were such a place where these things did not occur, but until that’s the case, everyone needs to be aware and protect themselves from both sides of this horrible situation.

Often there is an incorrect statistic quoted, which states those falsely accused only falls under 2%, but this has been found to be inaccurate and harmful. The site at Bloomberg Review ( Link ) states, “Two percent….the same as other crimes. Twenty-five percent, say other groups who quarrel with the feminists on many issues, or maybe 40 percent. Here’s the real answer: We don’t know. Anyone who insists that we do know should be corrected or ignored.”

It is not victim blaming to use common sense. When there are safer routes home than that dark alley that’s a few minutes faster, take the safer ones. If there is nail polish that can detect drugs in a drink, I’d wear it when going out to a place I’m unfamiliar. Always be aware of your surroundings. If a party is getting out of hand and you feel uncomfortable, it could be just as likely that you will be accused of something as you will have something happen to you. Recovery from this can take years. I am still working on it. I will be working on recovering for quite some time.

We all know the typical definition of “unicorn”. It’s that mythical creature we saw in movies as kids. It’s rare and special and carries with it a certain thought of something we’ll…